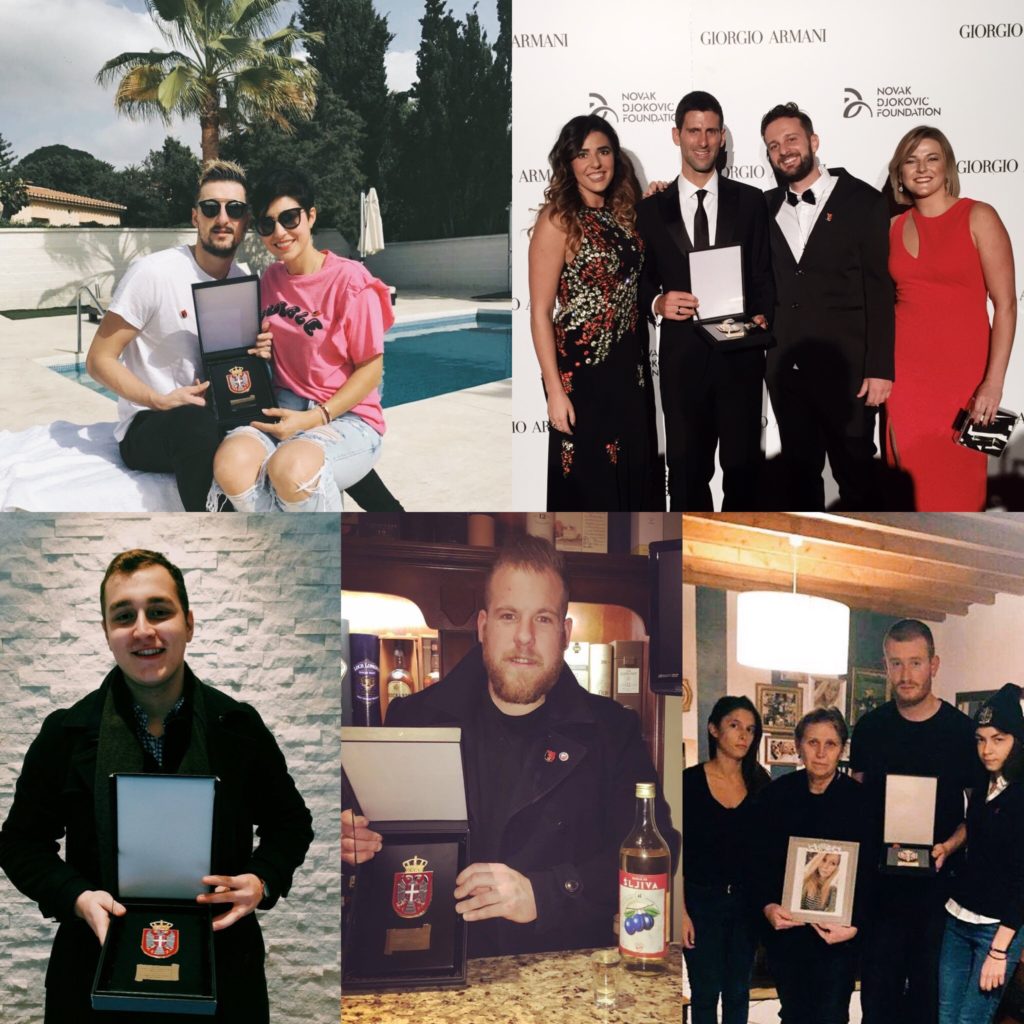 Marina and her husband, former Serbia national team player, Zdravko Kuzmanovic received the final of five humanitarian awards celebrating the 5th anniversary since 28. Jun was founded to assist underprivileged Serbs throughout the Balkans. They were honored for their contribution to 28. Jun’s humanitarian project in Republika Srpska in 2013. Previously, Jelena and Novak Djokovic received the award to recognize their support of 28. Jun’s maiden humanitarian project ‘Boj za Kosovo’ in 2011. The project turned out to be a huge success and $1.5 mil of humanitarian aid was delivered to Serbs in Kosovo and Metohija.

Celebrities and athletes were not the only recipients of the awards, three longtime members of the organization were also honored. The mother and brother of 28. Jun France coordinator Sofija Bukvički, who passed away at the age of 21 last summer, received the first award. Sofija was an instrumental leader of the organization, she presented the 140,000-signature strong #NoKosovoUnesco petition to the UNESCO headquarters in Paris. 28. Jun UK coordinator Ricki Ilić Booth also received the award. During the 2014 floods which devastated Serbia, Ricki’s mom unexpectedly passed away, the next morning Ricki was loading trucks sending urgent aid to Serbia. Lastly, 28. Jun Canada coordinator Marko Racić accepted the award in Mississauga. Marko, who is originally from Kosovo, organized over 20 fundraising events in the GTA area while his mother was battling terminal cancer.

The recipients of the awards are the embodiment of dedication to the Serbian people.

28. Jun is a multinational organization engaged in humanitarian, social and philanthropic functions. Founded in 2011 and registered as a Canadian Not-for-profit in 2012, to date they have delivered 170 tons of humanitarian, medical and disaster relief aid worth over $4.4 mil to the Western Balkans. The organization has recently registered in Serbia and donations can me made via SMS to 1733.

28. Jun put together a video highlighting 5 years of humanitarian work which can be viewed here: https://www.youtube.com/watch?v=Rs0rZ7PQzOk